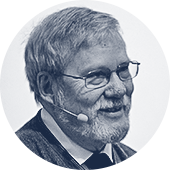 Harry M. Sneed has a Master’s Degree in Information Sciences from the University of Maryland, 1969. He has been working in testing since 1977 when he took over the position of test manager for the Siemens ITS project. At this time he set up the first commercial test laboratory in Budapest, testing the ITS components on a fixed price basis by test case and reported defect. In addition to his project and tool development work he has written altogether 22 books in German language and published more than 400 papers in English and German on the subjects of software measurement, maintenance, migration and testing. In the past years he has been responsible for several large scale measurement and quality assessment projects in Vienna. Besides working as a test, maintenance and migration consultant, Sneed also taught software engineering at the University of Regensburg, software maintenance at the technical high school in Hagenberg, software measurement and test automation at the technical high school in Vienna, and software measurement and reengineering at the University of Dresden. He has also taught at the University of Benevento in Italy and the University of Szeged in Hungary. Harry Sneed is a well-known person in the international testing community, being active in the IEEE, the ACM and the German Gesellschaft for Informatics. In 1996 Sneed was awarded by the IEEE for his achievements in the field of software reengineering and in 2008 he received the Stevens Award for his pioneering work in software maintenance. In 2005 Sneed was appointed by the German Gesellschaft für Informatik as a GI Fellow. He helped to found the European Conference on Maintenance and Reengineering, hosted that conference 2002 in Budapest and served as general chair for the international software maintenance conference in Budapest 2005. In 2011 Sneed was awarded the first prize for achievement in the field of software test and quality assurance by the German ASQF and in 2013 the international prize for achievement in software testing by the ISTQB. He is an honorary member of both the Austrian and the Hungarian test boards.

About the full day Tutorial

Despite all the advances made in agile development and test automation, it remains difficult to predict the costs of testing a software system. As a subject Test Cost Estimation remain widely neglected between development cost estimation and testing technology. The incremental results of agile development still have to pass through a final acceptance test and this has to be charged against the project as a whole. Someone has to be responsible for planning and budgeting this test. Most often this is the product owner. Unfortunately most product owners have little idea about cost estimation. The usual methods of estimating a sprint such as prediction poker do not scale up to testing an entire system. The product owner must fall back on traditional cost estimation methods. This short talk is concerned with explaining how those metric-based methods can be applied to acceptance testing.

Value-driven testing is the name of the approach aimed at comparing the costs and benefits of testing. The main benefit is in detecting and removing errors prior to releasing the product. Correcting errors after release is an unpleasant and time consuming. It also increases the costs of the product, often to more than what the user or customer is willing to pay. Costs are inflated by testing more than what is necessary to detect troublesome errors, errors which will interfere with the operation of the system. The goal of value driven testing is to achieve a maximum of benefits with a minimum of costs. To reach this goal the test planer should work with test metrics such as the size, complexity, quality and defect rates of the product. In this talk the metrics will be explained and samples from industrial practice discussed. Participants of the lecture will learn how to plan and estimate a value-driven test.